“Who Deserves Greatness is a very powerful piece of theatre… and I think the most sophisticated piece of theatre I’ve ever seen at a drama college. It is mesmerizing, rooted in meaning and completely original… I’ve never seen anything like it. It moved the audience to tears but was ultimately wonderfully uplifting.”

“I thoroughly enjoyed Nuria Legarda’s piece. Her strong interdisciplinary modes of creation and direction showcased a beautifully crafted and intricate performance. I wholeheartedly cannot wait to see her next project!””

“Who Deserves Greatness, is visual poetry. It’s really moving even if I don’t know why. Good show! ”

“I think it is a very poetic, very moving, very imaginative piece, with an amazing musicality to it. I could watch it all over again, yeah!”

“It is completely original and extraordinary, with an absolutely different language full of preciseness and meaning. It’s totally brilliant.”

The piece Who deserves greatness arises from the devised process led and directed by Nuria Legarda, as a final year project with the students of the European Theatre Arts in collaboration with Creative Lighting Control, Lighting Design, Performance Sound & Stage Management BA (Hons) at Rose Bruford College (UK).

This experimental scenic piece where the narrative discourse runs through image and movement, in coexistence with text, manipulation of objects and live music. The piece addresses some of the themes most present in Nuria’s previous works: ambition, power, vulnerability, resistance and survival as a basis to build one’s identity.

A series of situations take place in different spaces that range from a wake in which a man who voluntarily enters his grave, to lush forests where men and women fight in the most emaciated style of Shakespeare’s plays. Places where survival is the challenge: the fierce struggle to hold your breath and continue in the fictional pursuit of happiness. 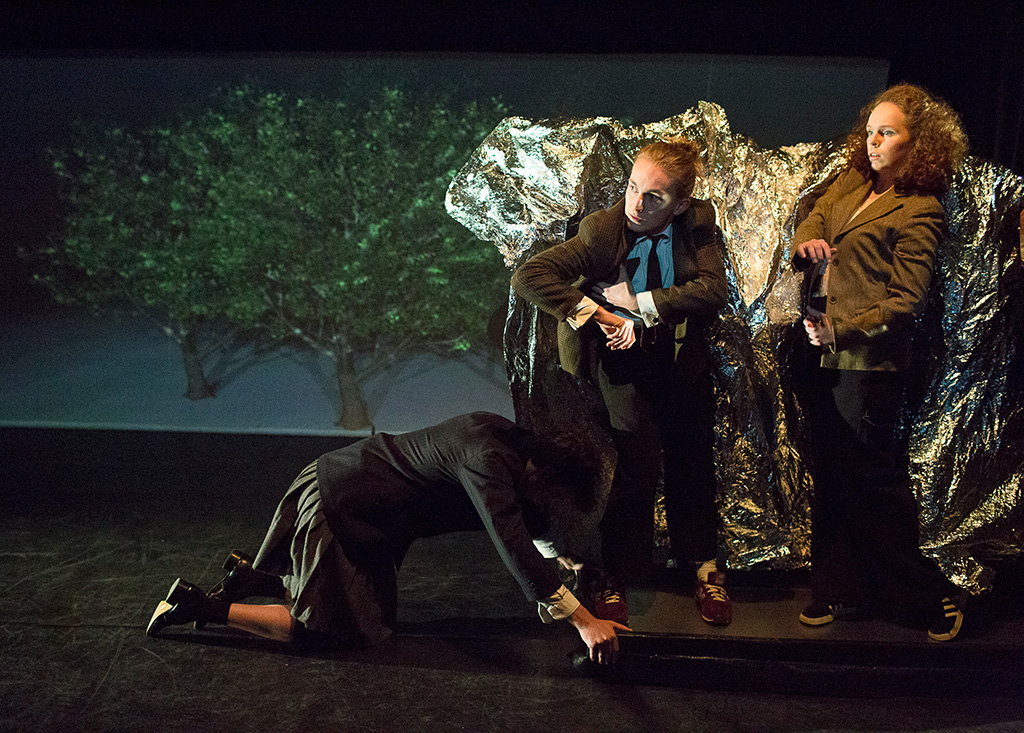 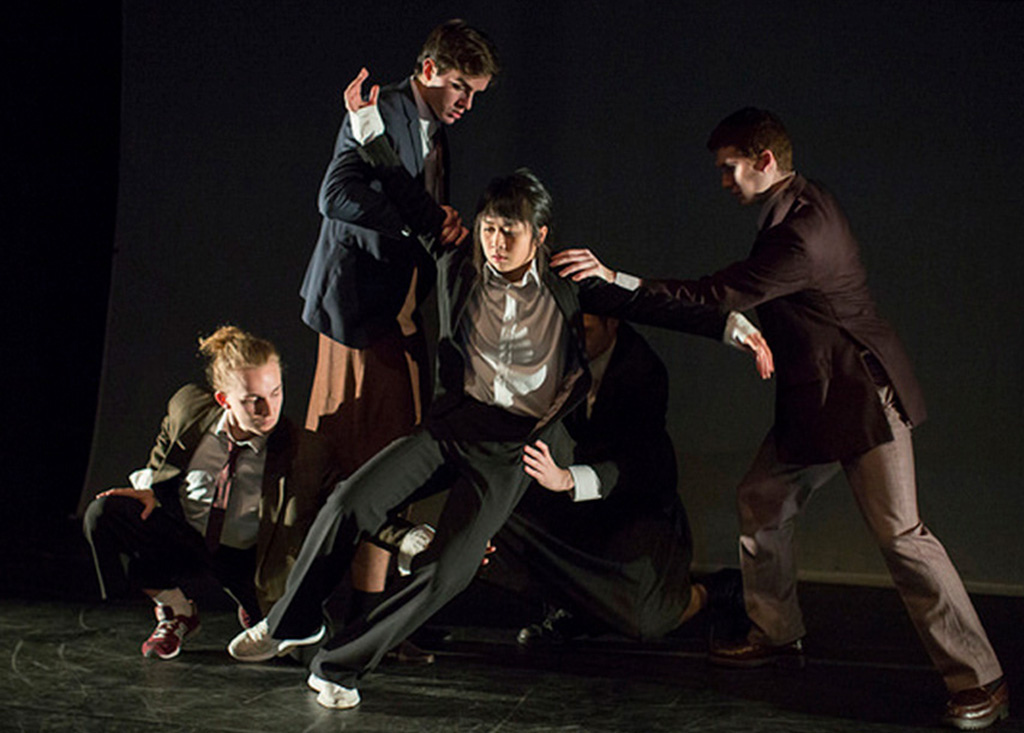 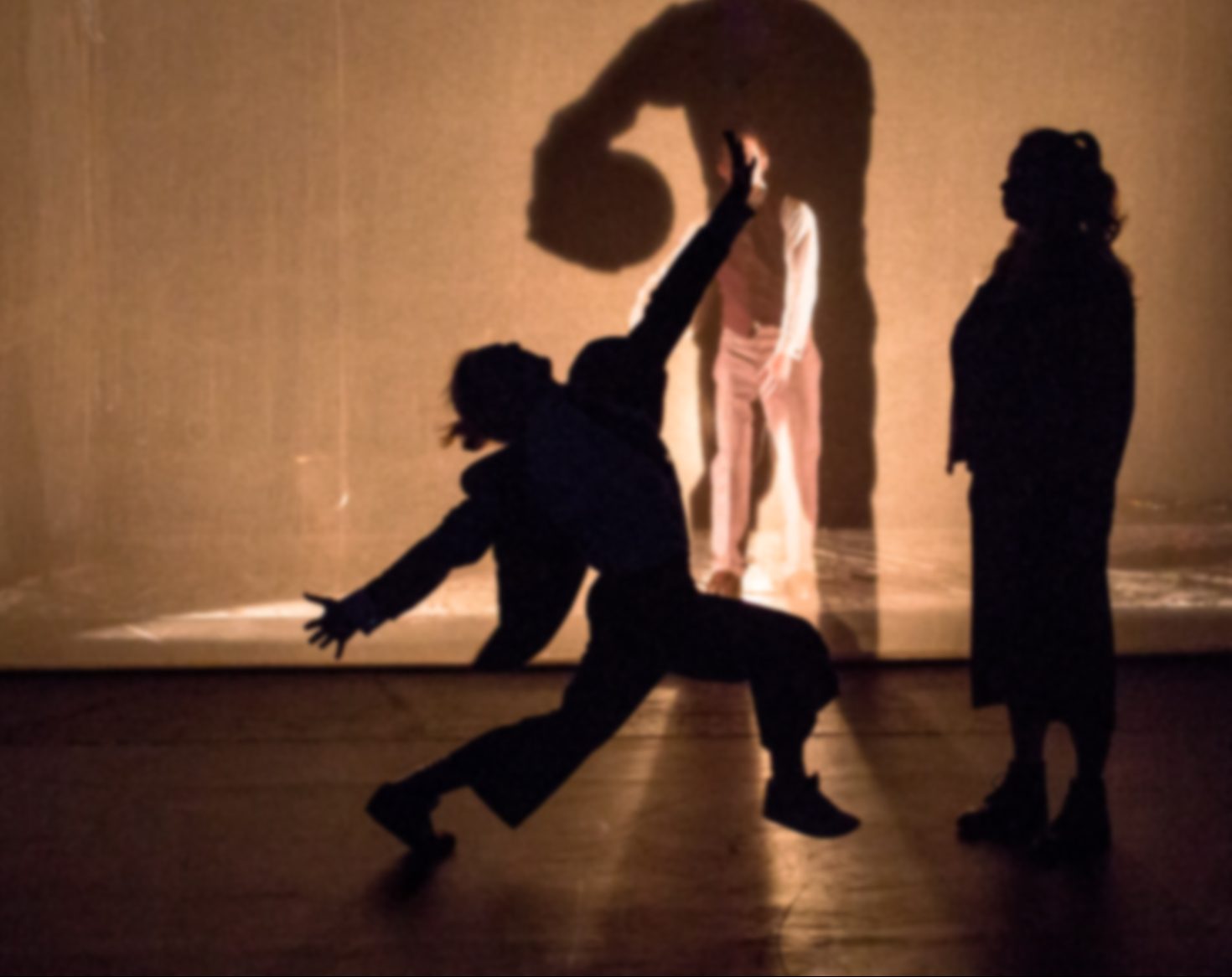 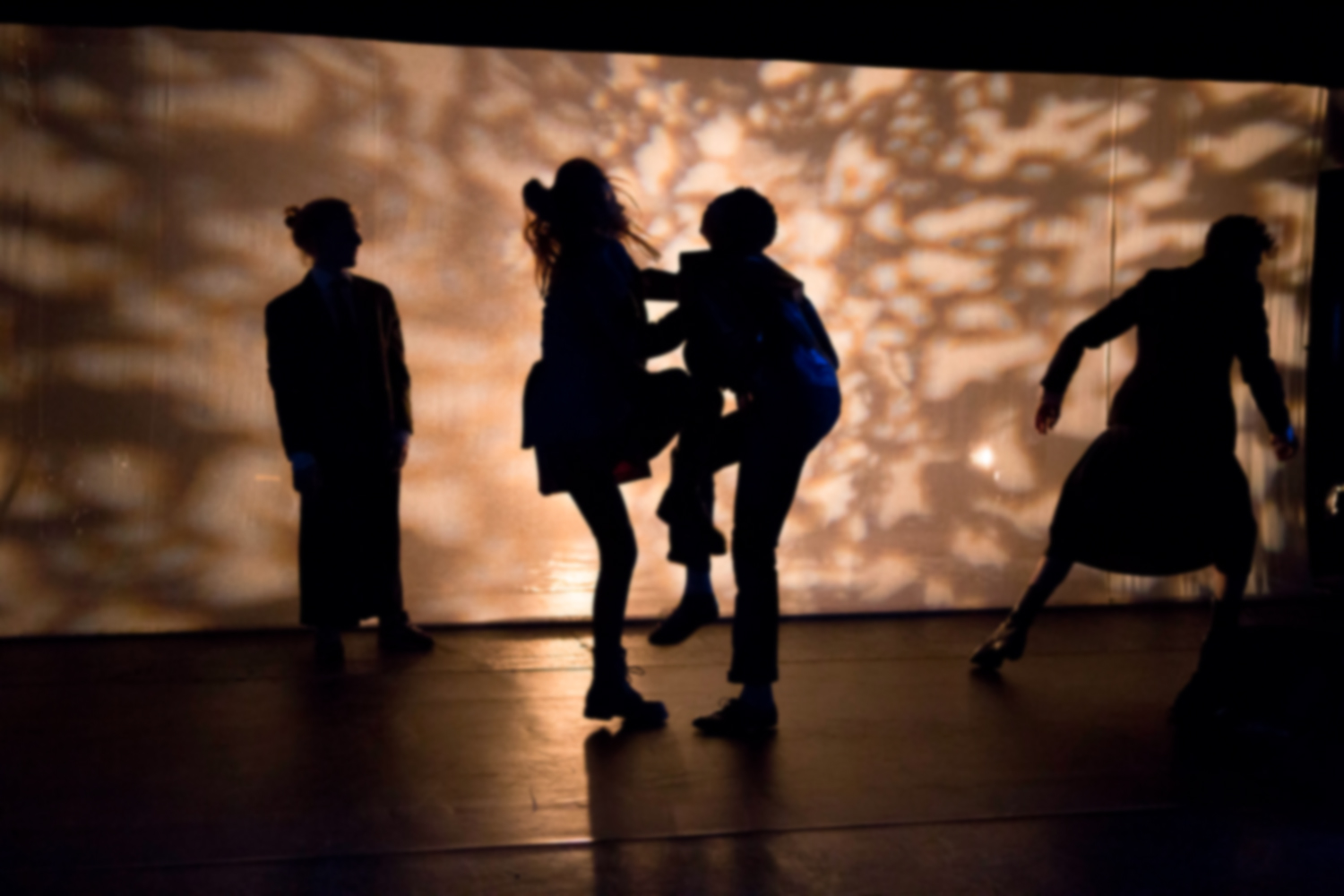 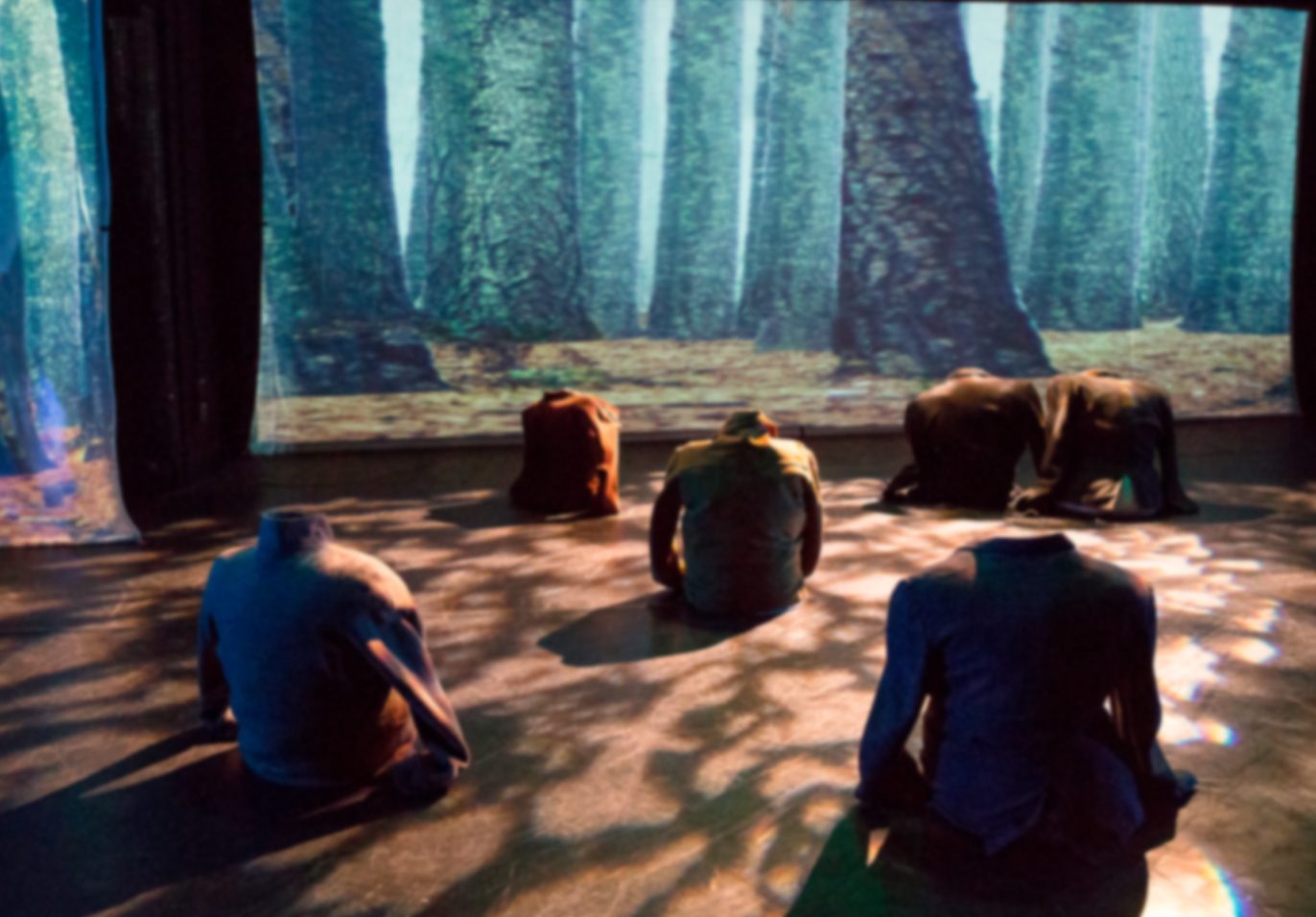 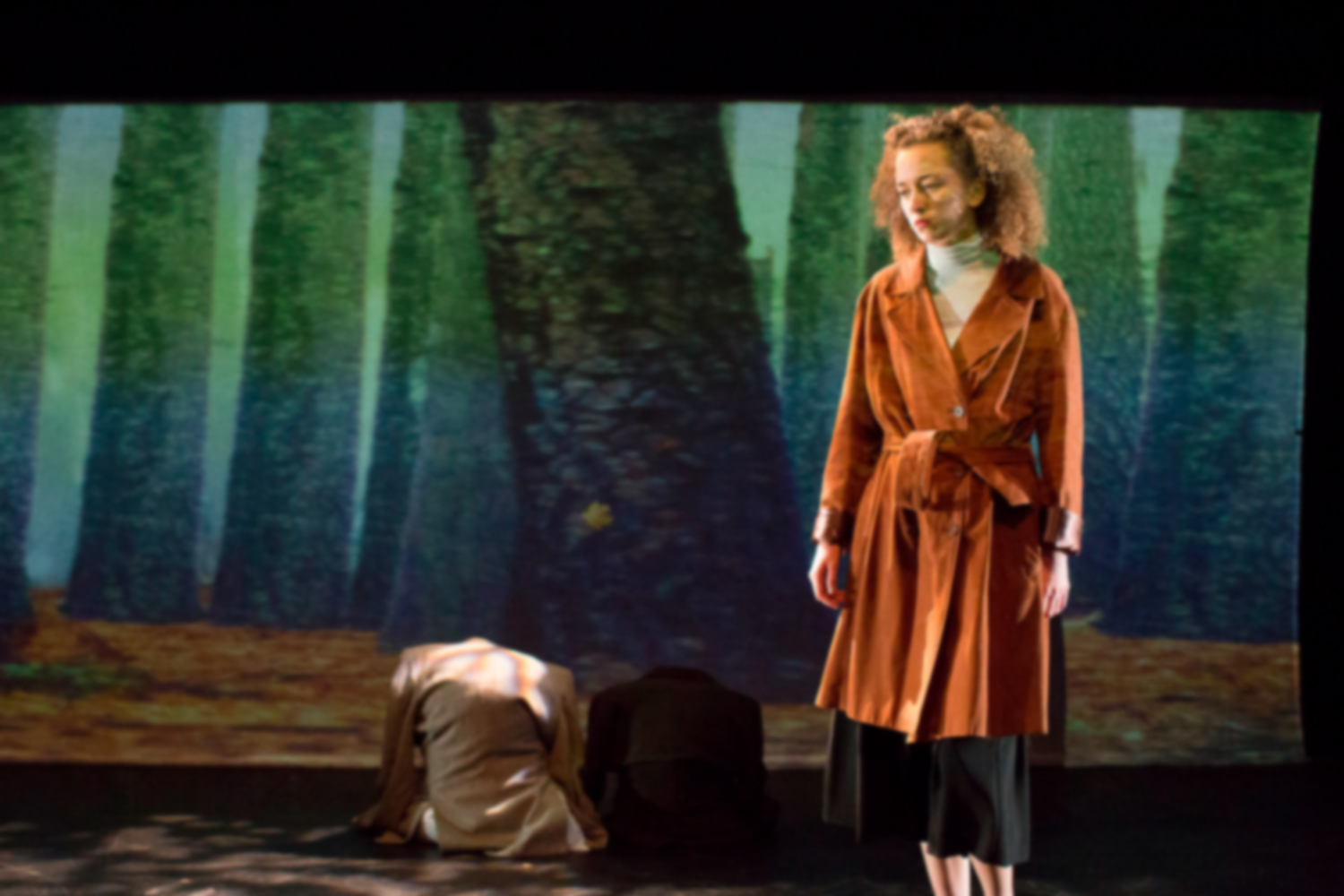